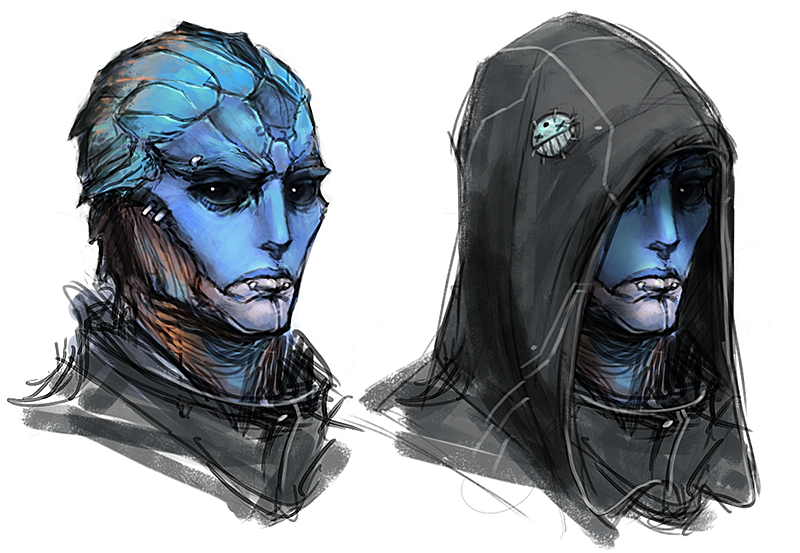 Physical Appearance: Dromo has a blue pigment to his skin, and a fairly angular bone structure. He's just as muscular as you could expect a Drell to be.

Respected:
Damien McCarty: I respect the Irish man, though how hard my accent hit him was a bit odd.