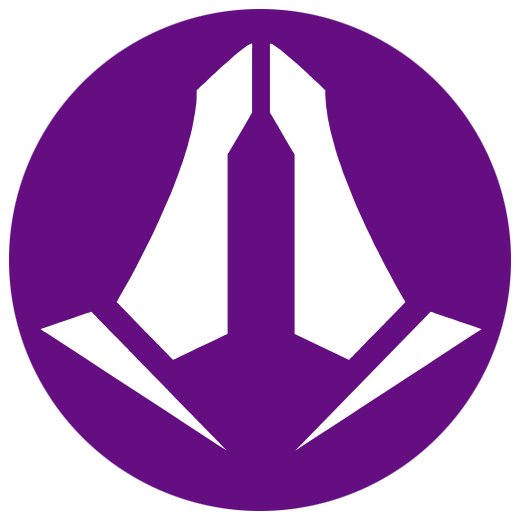 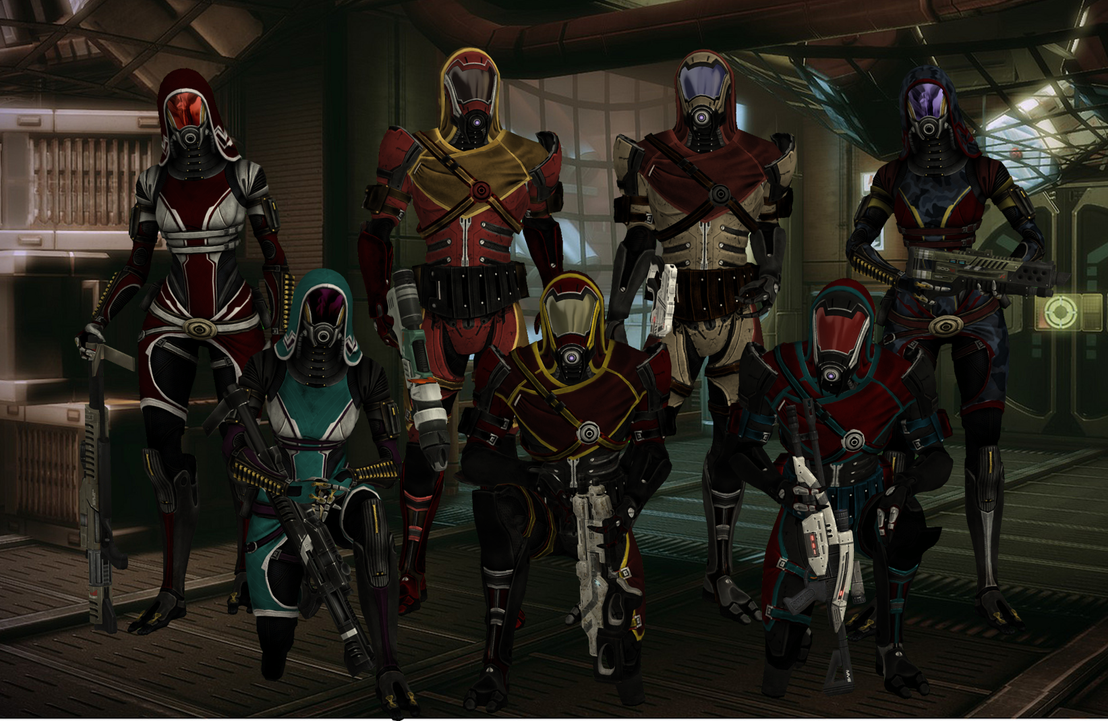 [Marine back row, second to the left]

Meaning: “Romm” has the meaning of Honor, Valor one who is willing to put is life forth for the protection of his people.

Pet Name: Suit Rat- That is all.

Age Appearance: He stands tall and young, with a broad stance of a hardened marine in his Quarian suit, it is hard to tell the age, but due to his brisk and broad like look he’d be given the look of a young lad

Upbringing: High Militarism, Obedience, and to care for your loved ones and your fellow country men, to always be respectful, and keep the ones you love safe, and the home you were born in safer.

Infancy: 0-10; Romm was in a Sani-Bubble for most his life, he was watched over by his mother while his father went off to war. She did teach him though while he was in this Sani-Bubble, waddling around like a bumbling child, just like all other Quarian children.

Childhood: 10-14; He was raised by both mother and father, but leaned towards his fathers militaristic ways, he was a loved kid, and was a great sport to be around. He didn’t take kindly to insults, and had none of it, he had no trouble with other Quarian children, but he was quite.. The strict one also.

Adolescence: 14-18; During these years he started to train more for the Flotilla marines, he didn’t see his mother much but still visited her, he was around his father a lot, and didn’t get into any Drama with the other Quarian teenagers, he spent most his time training his body, and getting better to soon join up. He also started to get a very nationalistic standpoint in life

Adulthood: 18+; Romm joined the Flotilla marines and spent a good five years in it; he suffered the loss of his mother which hurt him a lot. But Romm served in the Flotilla marines and served in the major battles his people had, including the taking of Rannoch, he suffered the losses of his squad mates, and brothers and sisters. But he still served on till it was time to join in his Pilgrimage

Coming of Age: He is still yet to finish his Pilgrimage so he is not an adult yet.

Evolution: This Character turned from a Naive little boy, into a strong broad Militaristic man, just because of his father and mother, and the Marine corp, he is highly strict and has a good set of morals.”

Facial Type: Square with a broad chin, and toned jawline

Hairstyle: Short, but shaved at the sides

Makeup: Quarian markins going above his eyebrows and forehead

Energy: Has the Energy of a fresh marine

Senses: Not that he knows of, but a lack of touch due to his suit


Style: Very upright and professional, he wears a very Militaristic style to his clothing, and is very strict about it.

Mode of Dress: His Suit is skin tight and well fastened to himself, his helmet is also very locked up tight to his head; the Hoods around his head are tight and well kept

Grooming: Makes sure his suit is clean and dandy.

Posture: Very broad and strict posture to this man, stands tall and straight almost all the time

Gait: He walks at a Marching pace whenever he walks around, with the style of a military march also, very strict and upright.

Coordination: He is very well physically fit due to his time serving in the military and the need to be because of his enviro-suit, he has good reflexes and reaction times due to his military training

Habits and Mannerisms: When he gets Nervous he moves his hand up to rub the Female Quarian hood that's tied around his neck; he’ll also act a bit shy, and avoid visor contact when interested. He does like to tap his feet, but play around with his suit too.

Scent: He smells very sterile, and almost a bit like a cigarette. But he does have the military smell to him


Mood: Happy, and well off

Expressiveness: Only to those he trusts well enough does he show his deep emotions too, but he hides his emotions to others he does not trust.

When Happy: He will walk in a marching fashion, and will have a soft, calm Quarian accent to his speak. He’ll also stand up straight, and broad

When Depressed: Would usually be slouching around, or just none talkative or responsive to people, but mostly he hides depression

When Angry: He’ll speak with a much louder, raspier tone, that would be booming and quite deep, his stance would be defensive and very broad

Note: These are generalizations. Different situations will create different reactions.

Community: Ah bunch of bumbling idiots who are too much like man babies, and not enough militarism

Wardrobe: This Character wears a black and grey Camoed Heavy Quarian Marine combat Enviro-Suit, His hood would be black around his head and worn tightly, and around his neck would be a blue female Quarian hood, around his chest would be the rest of his black hood along with a belt with a purple buckle and maglock, on his suits shoulder guards would be Purple Flotilla marines insignias. His Visor would be purple translucent

Equipment: Wears a kit bag around his lower back, his main weapon is an Avenger rifle, but has a Adas Rifle stored away in his locker.

Funds: Not the greatest

Home: He lived on a Live ship, in a small apartment shared with the rest of his family, even grandparents and cousins, and aunts, uncles. Very cramped area to be exact not a lot of privacy.

Neighborhood: It was on a Quarian fleet, so very nice, and kind people, but also a militaristic part of the ship he grew up on

Collections: Medals and old military things, and stuff he’s collected from when he was on tour with the Marines.

Prized Possession: The Female Quarian hood around his neck

Work Ethnic: Fight till the bitter end for your people and the home you left behind, for in the end what happens when you don’t, and you look back and their suffering, fight.. For they are counting on you

Morals: Everything for the country; Justice is above all. Everyone has a part in society, and part to their homeland

Motivation: The country, and the girl he left behind.

Priorities: Country as his first, loved one's second, and his own life third

Philosophy: Life is a gift given to some to live and have happiness, and in that gift there is also people who wish to abuse this and make suffering of others; there are certain people who sign their lives away to keep that from happening, people who go off to fight while leaving his home and loved ones behind him, all in the name of keeping his people, and his country safe. Death as much as it is scary, is apart of life, and there is no hiding from it, it is bound to happen soon, and as a marine you learn to accept death for it is a calling that you have done your part.

Culture: Raise their right palm to chest height and say Keelah’Se’lai “Peace be with you, or To the homeworld which I may see some day”

Influences: The Flotilla marines, and his Father and mother.

Traditions: Speaking with the Ancestors of his people once a month

Superstitions: Hood tied around his neck is a sign of good luck to him


Main Goal: To get by in life, and do what he’s always been doing protecting people, and one day wanting to return to his fleet

Minor Goals/Ambitions: He is trying to complete his Pilgrimage so he can mature.

Career: Admiral in the Flotilla fleet

Biggest Failure: None yet

Secrets: There are too many, and some that need to stay secret

Worries: Getting sick and dying a painful death.

Best Dream: Getting married and starting a family on Rannoch

Best Memories: The time spent with his mother

Worst Memories: The death of his mother

Skills/Talents: Only Talent he has is being a soldier.

Likes:Respectable disciplined people, caring people, Militarism, to take his suit off for once

Pet Peeves: People act weak around him, show a lot of disrespect. Or blatantly lie

Superstitions/Beliefs: This man is an Alien himself dude, Quarian

Dreams/Nightmares: Dreams of some day going back Rannoch

Quirks: Nothing really yet.

Closet Hobby: Sleeping with his rifle

Flaws: Can get tempered at times, but usually stays quiet

Perception: The world is full of Danger and enemies

Conflicts: They want to move to Rannoch, and still continue his military career, but cant have both because of the Flotilla.

Cruel Streak: The killing of a loved one, or the disrespect of one’s home and desecration of his ancestors.

State of Mind: Hey Romm how are you? “ Oh well, I mean, i’m hurting but i’m a respectable man and I fight for good things… I just want a little affection that’d be nice.. Being in a suit and all

Insult: You’re a Bosh’tet and need to go space yourself you damn munk

Laughter: Low and quite smooth.

Signature Quote: Listen; if you stop moving now, think about the people who are back behind you counting on you to keep them safe, counting on you to stop the force of evil from hurting them, c’mon brother on your feet you ain’t out of action yet.


Reputationrobably just another Quarian looking for sex, or just completely racist towards them, but.. He doesn’t want to bone really.

Stranger Impressions: Well dude, i’m pretty sure this Quarian likes to get it on like the rest of the crew, heard he got a rash.

Friendly Impressions: He’s cute, good listener, and well… I like his ego and personality

Enemy Impressions:I hate this man, he’s too much of a disciplined person, and he’s bland; he needs to be stopped

Familiar Impressions: Family; My son is such a good respectable person, who is kind hearted. Girlfriend; Romm, I love him.. He’s handsome even with the suit on.. He’s kind, he’s also got a funny ego.

Compliments: Hey handsome. Theres my second favorite Quarian on the ship. You’re a good soldier and a respectable man.

Insults: You’re a damn Suit rat, and you took your suit off