Status
Not open for further replies.


What are the current names you have in game?:
95thSF SPC Cryptic | UNSCMC SDM PVT Gyro

Do you have any bans/warnings?:
-What were these bans for?:
No Bans.

Do you have a microphone? [Required]:
Yes

Do you have TeamSpeak? [Required]:
-What is your name in TeamSpeak?:
Yes (Crypto)

Are you currently staff on a different server? Are you willing to leave that staff position for the one you are applying for?:
No.

How active are you on the server?:
I (Try) to get on every day for at least an hour or so, most days more.

When are you usually available? [Days of Week/Time/Time zone]:
Weekends starting Friday I can be on almost all day if I don't have anything planned. Weekdays I get on around 4pm EST and stay on until usually 8. This summer I will probably have a mid-day summer job so those hours might change.

What do you believe to be your best qualities that can contribute to being a Gamemaker?:
I have a very creative and inspired mind to create events and activities for others to do. I really enjoy writing scripts and planning events and using what I’ve planned to bring joy to those on the server. I used to be an Event Coordinator (which is fancy wording for a gamemaker) on a different server and I lead and created many events, I know that I have the proper experience and the know how of the limitations of what I can do and how to make what I do fun for everyone on the server.

What do you plan to do as a Gamemaker?: [50+ Words]
I plan to make more things to do for people playing during the mid day hours for those in EST and CST. My reason for this is that I often rarely see stuff going on for people to do during those hours. I hope to do that, but also make room for out of event activities such as sims, and hopefully enhance and help with those too when needed. I hope to also create fun things for early morning goers that may want something to do seeing as things rarely happen during those hours. As a quick summary, I just want to make the server more enjoyable for those involved.

What is In character and what is Out of character?:
In character involves all in-game voice chat, and all non specified game chat including /radio usage. OOC is only when /ooc, .// or // is used before speaking in the chat.

Do you believe you are able to work with a myriad of different people, some of which may have different opinions than yours?:
Yes, even if I disagree with someone I will always at least attempt to come to a resolution for a problem and work out something we may disagree on.

What do you believe the job of a Gamemaker entails?:
A gamemaker has the job to create, and run events on the server as to enhance the typical players experience on the server. At minimum the job entails occasionally having something interesting occur scaling from mysterious anomalies, to space battles and base raids from URF/Covenant.

Give us a full event idea that you have. [3+ Paragraphs]:

Prologue: Everyone on duty is going about their normal tasks that they deal with on a day-to-day basis, when suddenly an alarm goes off announcing a small boarding party of URF who are disguised as Utility/Cargo workers for the station. They have planted and detonated a charge that has breached the hull, and forces are stationed to take out the pirates and get a temporary fix of the station's hull. After the forces are cleared out, a briefing is called informing that everyone will be temporarily stationed at the planet's ground FOB until the hull is rebuilt.
-(Main reason for this rather than just waiting on station, is that a hull breach while temporarily fixable, overtime those onboard would likely begin to suffer from minute radiation, and possible a second rupture in the hull.)

Main Event: all units have now boarded their pelicans and have descended to a local planet’s FOB for the time being, the place in question has also recently had weird activities but proves safer than staying in a, quite literally, breathtakingly broken but somewhat working station. All units arrive at the FOB, but mysteriously it’s rather quiet except for the local ATC allowing for landing at a nearby hangar. Units move inside expecting a welcome from the small force stationed at the FOB, but mysteriously find...nothing… Upon further investigation people would began to find remains of deceased UNSC and many clues leading to an assumption of a URF raid. Naval personnel would be sent to investigate who was in the ATC only to find the controllers dead and hostile URF, noticing multiple URF pelicans making touchdown in the terrain nearby.

Pt2 of the event: Once the URF touchdown, URF begin to engage those stationed outside and have a splinter force that manages to hide inside and attack those stationed inside. While this havoc is going on, it is found that the splinter force has deployed a bomb into the FOB’s intel room and plans to destroy any evidence of what happened, also they prepare to send stolen data to their own intel databases, which calls for an emergency attempt to halt what they are doing and protect the valuable intel on the base. Once the URF are cleared out, they make a last ditch attempt to raid starting with the bombing of the base forcing the UNSC and Allied forces to transfer the FOBs data to an external drive and EVAC the base as it begins to crumble leaving only 5 minutes for those inside to EVAC, save the data, and get everyone a safe distance from the FOB.

Epilogue:
Possibility 1 - The saved data is brought back to the station and what has now become a protection effort of the FOB and its data’s mission, it is considered a moderate success.

Possibility 2 - The data was lost and we had marginal losses due to those who didn't make it out in time, the mission failed. (This would happen once the 5 minute base collapse and EVAC hadn’t been done in time.)
Did any current Gamemaker refer you to apply?:
-Who?:
No GameMaker referred me, but I was inspired to join by Vortex’s announcement in the Army Discord, and GM Milkies for his work with event making.

I, CryptoSpades, Agree and understand that I am not staff, and it is not my job to do staff duties, unless there is 0 staff on I will not use my commands unless needed. I also agree that I will not noclip/abuse my powers.


I, CryptoSpades, acknowledge that this application is to be filled out with complete honesty. Being accepted will hold me at a higher standard in behavior and demeanor. Not doing my job or abusing will result in a warning or a demotion.


I, CryptoSpades, Swear to uphold the server rules, and enforce them. I will make sure to stay within the limits and rights given to me by my assigned rank within GM's, as well as keep a calm head and clear judgement when dealing with staff and or players, in order to ensure fairness to all who join the server.


And that if I, CryptoSpades, am found in violation of the rules I swore to uphold, and of this contract that I can and will be removed from GM's and or staff and forever barred from Re-Applying, along with any other Consequences that are deemed Necessary.
Last edited: May 20, 2021

+1 Good application and has an interesting idea that I would like to see.

+1 I'd be glad to see their Events, and see how it rolls.

-1 I see a lot of potential but unfortunately I don't see any reason why the URF are and who they are. You say Pirates and URF so that's a little inconsistent.

ACCEPTED
Speak to the HGM to set up a time for training.

I also recommend reading up on what the URF (united rebel front) is. Misconstruing details and calling them things like pirates can confuse players who want to pay attention to your plot. Here are some good links.

The United Rebel Front, commonly known as the Front, is a prominent faction of human Insurrectionists devoted to complete liberation of human colonies from the influence of the Unified Earth Government and the United Nations Space Command, both before and after the Human-Covenant War. Led by a... 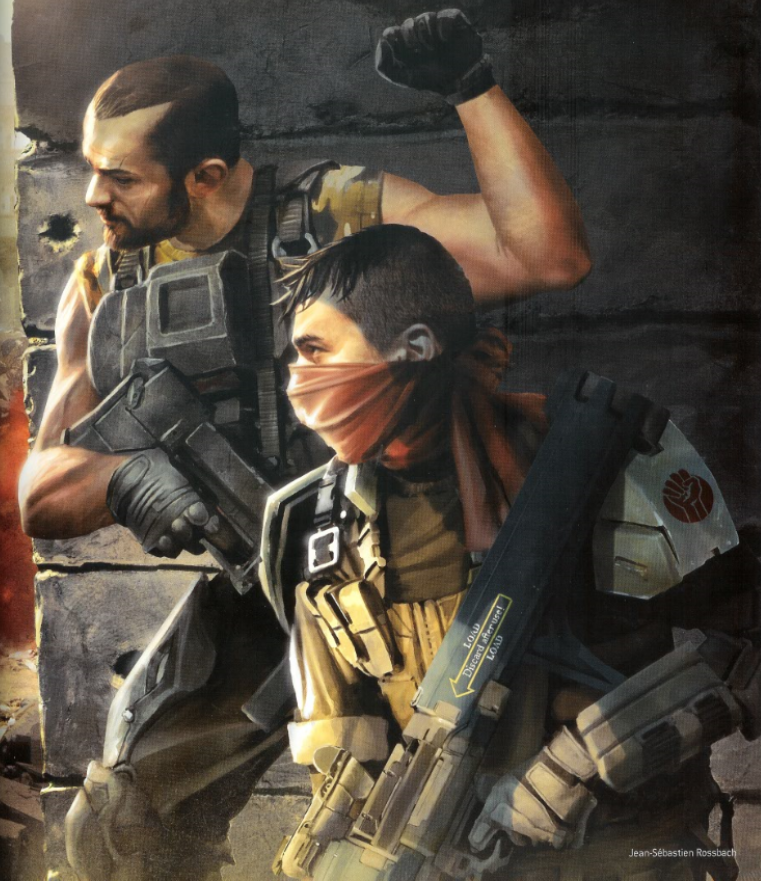 The Insurrectionists, also known as insurgents, and rebels, are groups of human individuals devoted to complete liberation from the influence of the Unified Earth Government and the United Nations Space Command. They were the UNSC's main enemy during the Insurrection, an undeclared civil war...

Status
Not open for further replies.